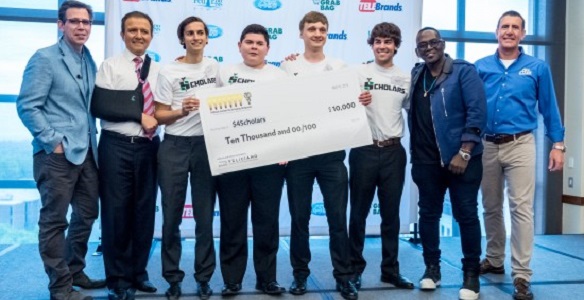 The competition was intense as ten teams of students from Montclair State University in New Jersey were vying for a Grand Prize of $10,000. It was the 2nd annual TeleBrands Inventors Day for Aspiring Entrepreneurs held in the Feliciano Center with an audience of several hundred onlookers excited to see a winner crowned. 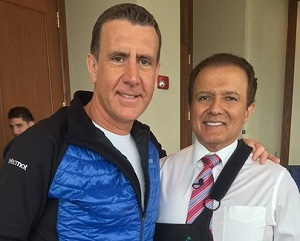 And those responsible for crowning the winners were a cast of luminaries that the Montclair crowd just loved. First off there was a man who is no stranger to being on a judges panel, Ex American Idol star, Randy Jackson. Todd Pettengill of New York’s WPLJ Radio host of the Todd and Jayde Show gave some serious comic relief. And of course, there was none other than TeleBrands founder and CEO, AJ Khubani, the man known the world over as the Infomercial King. And let’s not forget our esteemed host and master of ceremonies, the great television pitchman himself, Anthony “Sully” Sullivan. 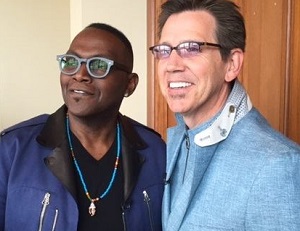 Each team of Montclair students had worked for months on their product/business ideas and it all came down to five quick minutes to pitch the judges their presentations and convince them that their idea was something the world truly needs. And all the ideas were certainly viable and unique, from a all encompassing ice scrapper for your car, a cooler for the ultimate tailgating experience, and a glove type unit made for holding and concealing pepper spray. And after several hours and hearing all the pitches, the judges deliberated over a very difficult decision. A good number of the ideas were so well thought out and deserving, but only one could be the Grand Prize Winner.

And the Winner is… The group that created the idea for the app called Scholars for Dollars! The jubilant team consisted of 4 proud members:  Sebastian Swoboda, 22, a junior majoring in management, Jean Camacho, 22, a junior biology major; Tim Kiss, 20, a junior English major; and Matt Szewczyk, 23, a senior marketing major.

The Dollars for Scholars app is a simple idea but something useful and much needed. What it does is connect college students who need money and are looking for work, with homeowners who need odd jobs and such done around their homes. Like we said, simple, but genius.

“What I really liked about this one,” said TeleBrands chief, AJ Khubani, “Is the fact that this isn’t just a product, it’s an actual business.”

Without question, the learning experience that the students gained makes every single of them a winner. AJ summed it up best, ““I was extremely pleased with the presentations at the 2015 TeleBrands Inventors Day for Aspiring Entrepreneurs. I hope the winners of the $10,000 from TeleBrands will use the winning funds to invest in their project. Most importantly, they should pursue their dreams. On behalf of myself, Randy Jackson, Todd Pettengill and Anthony Sullivan, I share that all four of the judges had a wonderful time and enjoyed being part of the MSU Feliciano Center program.”