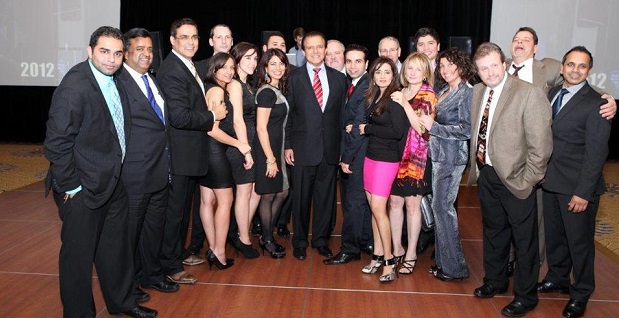 Staying in business for 30 years is a difficult task for any business, but especially in the world of As Seen On TV products because no one else has ever accomplished this feat other than TeleBrands!

To commemorate this special accomplishment, Bonnie Brennan of Restless Natives Productions along with pitchman extraordinaire, Anthony Sullivan teamed up to create a wonderful 30th Anniversary tribute to AJ Khubani and the company he began in 1983 with only $20,000 of his own money. And now, three decades later, TeleBrands truly is the giant in this industry.

“I would have NEVER dreamed this is where things would be when I started it all,” said AJ, “it’s been an incredible ride and right now the company is doing better than ever before.”

The thing that AJ is most proud of is how a genre based in informercials like As Seen On TV has gone from being the brunt of many jokes, to a sector to be reckoned with, boasting yearly sales well into the billions. Large drug store chains and big-box retailers now feature entire aisles dedicated to the category, something Mr. Khubani could have never foreseen.

On final and sincere note, AJ expresses his genuine and deep gratitude to everyone who has played a role in the company’s success… “I have SO MANY people to thank along the way, but it’s our fans and customers who believed in us and stuck with us all of these years that have my greatest appreciation.”